You will never own on’s latest running shoe

On has unveiled a subscription-based service for fully-recyclable, high-performance running gear called Cyclon.

Customers that sign up to Cyclon will receive the latest and greatest running gear On has to offer, before returning the gear when it’s worn out and has reached the end of its life cycle. On will then use the materials to create new running gear, And so the cycle goes.

Nature is not only where we play, it’s also our source for inspiration and above all, our home. So, of course we want to protect it,” says On co-founder Casper Copetti. “That’s why we have embedded sustainability in our processes and company culture. We believe performance and sustainability are two complementary concepts.”

“Cyclon is On’s attempt at addressing the issue of over-consumption that has run rampant in the fashion industry. It’s not the first move into circular fashion, as adidas launched its Futurecraft Loop last year and Nike has set up systems to enable customers to recycle their worn-out shoes, but it’s most definitely a welcome one.

“While other industries moved away from the classic buy-it-and-own-it business model to providing streaming- and subscription-based services, the world of running shoes has, ironically, been left behind,” explains Copetti. “We have long believed the future of running shoes is subscription-based. We just didn’t have the right solution to deliver it in a sustainable way without sacrificing performance. Until now.” 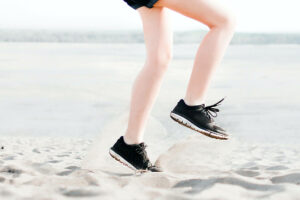 The first product to drop as part of Cyclon is an eponymous running shoe that is engineered to perform at elite level competition, showing that performance doesn’t need to be compromised to accommodate sustainability. The On Cyclon weighs in at under 200 grams and is fully-recyclable, made using over 50% bio-based materials made from castor beans.

Customers that sign up for Cyclon will never actually own their gear, but rather will be “borrowing it” to use as they see fit, until the product’s lifespan has come to a close.

“For runners, Cyclon is a super-simple way to ensure the performance of their shoe never drops,” explains Copetti. “Clients will have Full-Service-Comfort: After the lifecycle of a shoe, the customer will receive his new shoe in a box. This box can be used for the free return of the former pair. We will contact subscribers after 6-9 months regardless to learn more about their experience and user behavior.”

Cyclon costs $30 a month and the sneakers are built to last around 400km. That means that once you’ve run, walked, or worn your shoes for 400km, you can exchange them for a new pair. For someone running 10km a week, it would take around 40 weeks (or around 10 months) to hit the 400km benchmark. That would make the price of an On Cyclon running shoe around $300 — which is what high-end running shoes can cost at other brands. 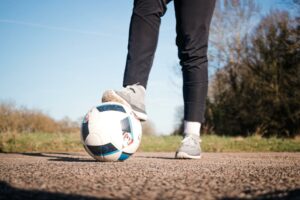 Ten kilometers a week is a conservative estimate, though, as most regular runners will be running much more than that on a weekly basis. This would lead to the 400km mark being reached earlier and the shoe ultimately being much cheaper than $300 — while being better for the environment as well.

For a deposit of $29.99, customers in select countries worldwide can sign up for Cyclon starting today. On Cyclon launches in Fall 2021.